Immigration woes: Too much emotion, Too few facts, too little border security 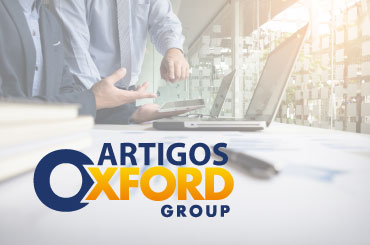 Published in the Boca Raton Tribune

The debate over immigration rules, and, in particular, the number of and need for deportations, continues to rage in this nation that remains sorely divided about the matter. Clearly, the issue deserves more and better scrutiny, not couched in ideological hysteria, but, rather, in the full light of day – and within the framework of factual data.

We have long deliberated this topic, and now is as good a time as any to continue the search for solutions.

First of all, it should be noted that the period of time in which we recorded the most deportations in the US was during the term of President Obama. A total of 2.5 million immigrants were returned to their native countries during his administration.

For the sake of our discussion, let us take a look at the 2016 numbers, which show that 240,255 deportations took place.

A total of 65,332 were people who had been apprehended and deported in the United States. Of these, 60,318 had already burdened themselves with a criminal record.

(It should be noted that 2,057 of these criminals were gang members.)

If so many of these deportees were criminals – in other words, people imprisoned at correctional facilities in the interior of the country — and 58% were considered criminals after being taken into custody at the border, the search for improvements to border security and better regulation of deportations cannot be heaped at the doorway of America’s  “new” Trump-led government.

It would be unthinkable for a government not to protect its population from this veritable invasion of lawbreakers. Only with effective security that can stop illegals will it be possible to obtain a fair amnesty for those who have come to the US to work and seek a better life for their families.

We understand that, according to official data, about 4% of US residents are undocumented. Of these, about two-thirds have been living here for more than 10 years without causing problems for their neighbors, the local constabulary or the judicial system.

On the other hand, it should be noted that in order to deport all immigrants, it would cost around $600 billion. This would not only an incalculable financial horror show, but a logistical nightmare. It is an alternative that would overtax this nation from a financial and manpower point of view. And even if it cleared away a majority of illegal aliens, the impact would set this nation back severely.

As far as terrorists are concerned, there are about 1.2 million people on the list of potential suspects. Of this number, about 70,000 are on America’s “No Fly List.”

To remove these suspects from the US, each would have to be escorted by more than 20 law enforcement agents. This is the obvious rationale for keeping terrorists and suspected terrorist from entering the country in the first place.

It is not just the cost of the officers necessary to accompany these dangerous suspects that makes it prohibitive. Terrorists, even a single one surrounded by guards, poses a risk of setting off an attack, either spontaneous or planned, within American borders.

The ability of even new terror recruits to endanger the indigenous American population, and the ever-possible danger that they may obtain false documents with support of people from within the countries that support terrorism or have a strong contingent of terrorist “allies” in their administration, pose a great risk.

I believe that all citizens and residents in the US agree on some points that should be the basis for effective action to enhance the levels of security and remove possibilities of risk in the immigration system: